It was a really busy end of 2019 for me – work and various other commitments (including plenty of fun social activities) took over, so that’s why this blog is a little later than I originally planned! I know that I was due to write about Salford Beer Festival and Dark and Wild City which I also attended towards the end of last year, both of which were most enjoyable for very different reasons. But I’m not going to do that – instead I’m going to write about a UK Brewery Tours event I went to at the end of November – “a festive journey through the history of lager.”

As I’ve mentioned in a previous blog post, in my spare time I work as a Tour Guide for UK Brewery Tours in Manchester, along with a great bunch of local beer lovers, sommeliers and home brewers. We decided that we’d like to try out some new, unique tours, focusing on specific styles of beer, and the first of those was “a festive journey through the history of lager” with our knowledgeable lager-loving guide Andrew.

The event was held at Manchester Union Brewery – a specialist lager brewery which we also visit on our Microbrewery Experience Tour. They usually only open their taproom once a month, so they kindly opened up the brewery especially for the lager tour. When we arrived we went straight to the bar and ordered Manchester Union’s own red lager, which they have only brewed very recently and tastes fantastic. We arrived a bit early so chatted with Andrew and Sarah (another guide and coordinator of the Manchester tours) while they got the tables ready with bottles of the selected lagers for the table and an amazing spread of cheeses from The Cheese Hamlet in Didsbury, as well as plenty of bread and crackers. 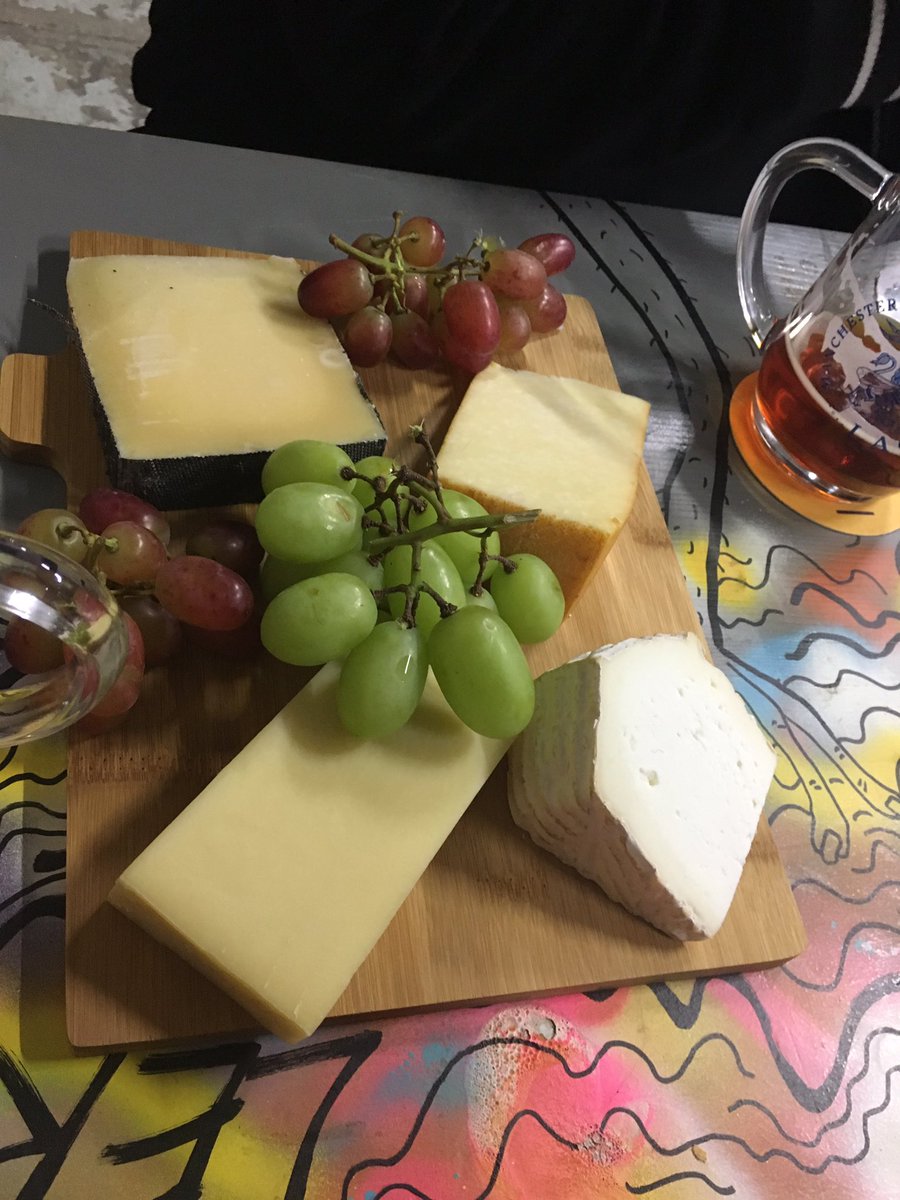 When all the guests had arrived, we got started. The first beer we tried was Ayinger Altbairisch Dunkel, a 5% lager from Bavaria. We shared the bottles on our table and tried the beer with the different cheeses to decide which worked best – an award-winning Cornish kern, a goat’s cheese, a gruyere and a smoked Lancashire cheese. It was good to be able to try every cheese with each beer, rather than them being specifically paired, as everyone’s taste buds are different and it was rare on our table for us all to agree on which worked best. We did mostly agree on the dark, malty Ayinger though, which we all thought paired amazingly with the smoked cheese. The smokiness of the cheese would probably of been too much with some of the more delicate lagers we tried during the tour, however it worked perfectly with the Dunkel.

While we were drinking and sampling the various cheeses, Andrew talked us through the history of lager and gave us the background to each beer. I found out that he also bakes in his spare time and he had made the most delicious salty pretzels that went down far too easily with the cheese and lager. The most interesting beer I had during the tour was the Spaten Aus Munchen Oktoberfestbier, a strong lager which worked well with the Gruyere cheese, however my boyfriend preferred the Rothaus Pils paired with the goat’s cheese. 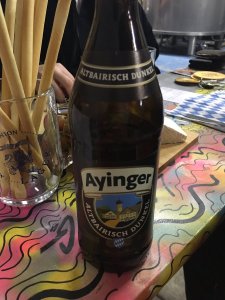 Overall the event was really fun and I feel quite inspired to arrange my own cheese and beer event for my friends now to learn more about who likes what. I wish I could remember some more of the information and stories Andrew shared with us about the history of lager, as it was really interesting and completely new to me, but after plenty of lager and A LOT of cheese I really don’t think I could do it justice here! I hope we can do more of these events as it was really nice to meet a lot of new people and bond over something as simple and delicious as cheese and lager. Oh and if not for anything else, I need to have one of Andrew’s pretzels again!

We are looking to arrange more sessions focused on specific beer styles and I will hopefully be doing my very own tour at some point this year all about sour beers. Watch this space!

I’ve ended up posting this blog a lot later than I had originally planned, so this plea is coming a bit late but is still very important. It’s January and a lot of pubs and other independent businesses really struggle during this time of year. It’s more important than ever to support your local businesses because at the end of the day, if we don’t use them regularly, then sadly they won’t be around for much longer and our local areas will be much sadder places for it. We all like to use the New Year as a good excuse to make positive changes, but instead of giving things up completely why not try out some new places as well? Look out for events in your local area, visit that food and crafts market you’ve been meaning to for a while, support your local cheese shop, bottle shop, grocery etc. and make a visit to your local pubs (even if you aren’t drinking this month, most offer great alcohol free options and other things to get involved in). Tryanuary was launched in 2015 to champion local beer at a difficult time of year and it’s a great thing to get involved in: https://www.tryanuary.com/. Please do, if you can. And not just this month either – it’s vital to support local businesses if we want them to stick around. My partner and I supported Grub’s kickstarter campaign earlier this week (if you are Manchester-based and haven’t heard of Grub then you must go, it’s a fantastic place in the Green Quarter to enjoy amazing street food and beer, including great veggie and vegan options) and now we will be lucky enough to take part in a Brew Day at Runaway Brewery in April. I’m sure that will make a great future blog post, but in the meantime, if you’d like to support Grub you can do so here: kickstarter.com/projects/grubmcr/grub-not-just-a-street-food-market.